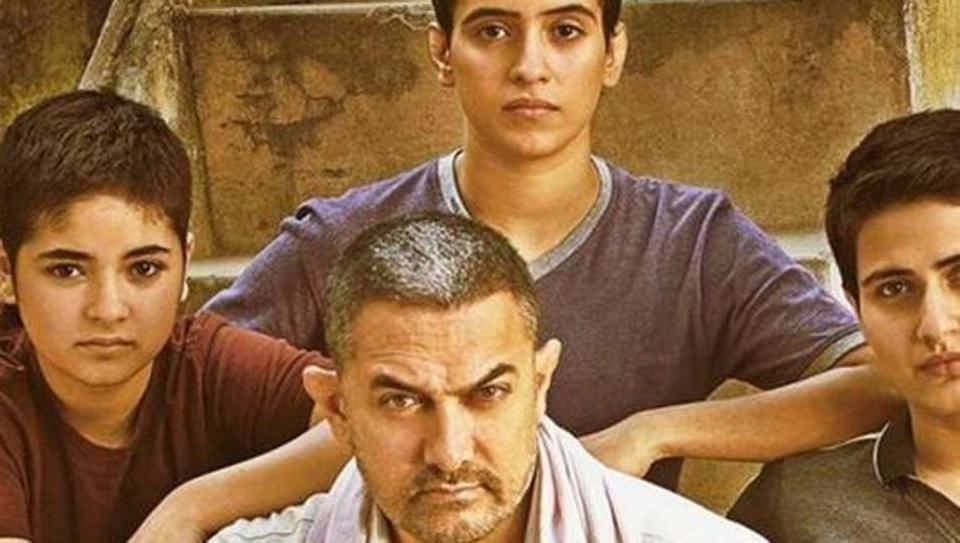 Dangal is a movie based on real life story. It’s a story of a father, a daughter and a tough battle which had been fought by a daughter to eventually realize father’s unfulfilled dream.

There are quite a few remarkable moments in the movie which are very important.

There are lessons to be learnt.

1. NEVER FORGET THE STRATEGY THAT MADE YOU A WINNER

Geeta, the daughter of Mahavir wins the National Championship, while she was trained by her father. He prepares herself for the battle. He gives her the confidence to rise above the fear at every phase.

However, as soon as she wins the National championship, she is moved to a Sports facility where a new coach has been assigned to her whose teaching style is more or less based on new tactics rather than based on core strategies (the approach of her father)

But Geeta is so engrossed with this new style, she is not in the position to realize its shortcomings. This is further bolstered by the fact that she defeats her father using the same tactics she has learned from the coach which makes her believe that they are indeed superior.

In the process, she forgets the principles which won her the National Championship and she starts chasing new fancy tactics.

But this proves to be a total disaster for Geeta in every international match she encounters after that. Worst of all, she doesn’t even get chance to use many of those tactics anyways.

That doesn’t leave her any choice but to mend back her ways and go back to what her father taught her in the first place.

A lot of times, when you score high percentile, get calls from all colleges you are hoping to get calls from, when your scores are way above cut offs, when few of your initial interviews go well, at some point you start becoming complacent, you start forgetting/avoiding things which got you success.

Somehow, you start moving away from the game which brought you good results. You try to unnecessarily innovate, you try to make simple things complicated.

You start to think “Wait, how can it be so simple ?”

When you start deviating from it, success starts eluding you. Till the time you realize this, you already have started getting rejects, your confidence is shot down, your performance suddenly goes down

Then you have no choice left but stick to the Principles which brought you success earlier and reclaim your lost glory before it’s too late. 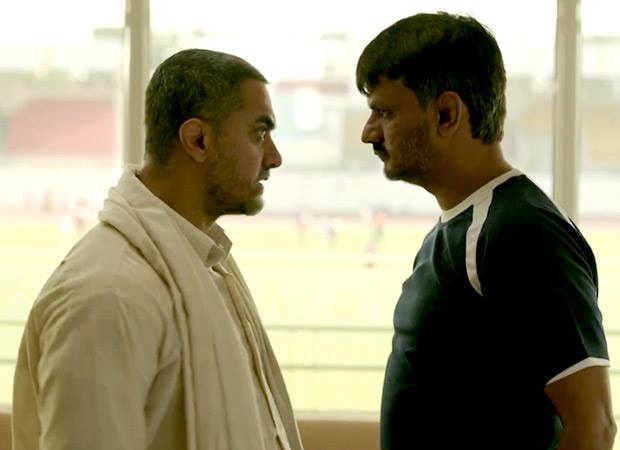 2. YOU FIRST WIN IN YOUR MIND AND THEN ON THE BATTLEFIELD.

Every big thing that you see, experience, touch has been envisioned in someone else’s mind long before the actual creation.

When you first try to do something new, the first sign of growth is anxiety & fear.

When you are traversing on the road you haven’t traversed before which has possibility to change the course of your life, when the fear is breathing down your neck, you feel that unfamiliar buzz, when you have anxious feeling in your stomach, know that you are on the right path.

It’s very uneasy feeling…it occupies your mind..it is uncomfortable to go through it…but anxiety,fear are emotions of growth.

If you immerse yourself in the moment, soon fear starts dissipating. 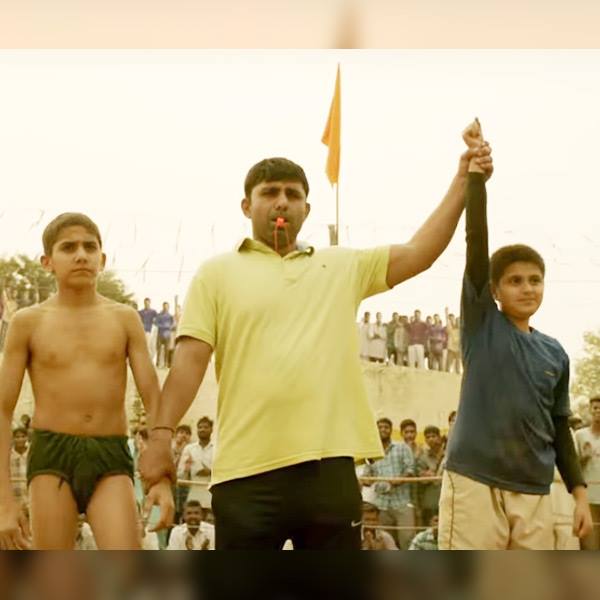 In every case, fear was there but it was different fear every single time..it’s like upgraded fear…next level of fear.

But to reach that next level, you have to conquer the fear/anxiety of the previous level.

Unless, you conquer that it’s difficult to win.

Before going to face the Interview (especially IIM, XL or any top B-school) it’s imperative that you will have fear/anxiety.

There will be myriad of thoughts occupying your mind

Whether I will be able to perform, whether my performance will live up to the mark, whether I would be able to answer all the questions, what if they ask me questions I haven’t prepared for, what if I don’t get selected (I don’t want to give these exams one more time, this is the 3rd time I am giving it) all these things occupy your mind.

But unless you conquer those fears, how you will be able to face the Interviewer panel ? Don’t you think the panelists are perceptive enough to get a hint ?

As interesting as you might think, after working with a lot of students preparing for the Interview, I realized that whenever an aspirant is very fearful of encountering part of him/her which makes him/her vulnerable, which makes him/her feel shameful, they encounter the same questions, they have been trying very hard to avoid.

It feels like Interviewers read their minds…when I was fearful of my low grad score, career gap,leaving the job, I used to get these questions every time , when I finally decided to work on them and created strategy to properly handle them, I started worrying less about them.

Next time, when I got the same question, I was able to handle it pretty well and appease the interviewers unstated concerns and I didn’t get many investigative questions further that.

I think when you have this unwarranted fear, the other party tends to notice it..because subconsciously you are projecting it on to them

Just like the girls who have internal BS detectors which usually tell them the intention the guy have in his mind.

Choosing right mentor can help you in shortening your learning curve and get to your goals much faster than expected.

But it’s not just about his knowledge and skills, the mentor has to let go off softness/niceness.

You have to let others fight their own battles so that they can develop their character, you can’t fight for them. You are just facilitator.

You should be willing to be not as much likable at least initially but that’s part of the game. You can’t avoid it. They will hate you for it. They will despise you, they will curse you…but you know that is part of the process, they just can’t see it yet.

When Mahavir has to choose between being a father or a mentor. It’s a tough decision but he chooses to be a mentor first and father second. This “tough love” is much needed.

In my personal experience, when I get chance to review SOP, Interview answers, sometimes/many times, I get this resistance from the students, they don’t like what I have to say, they are in denial mode. Sometimes, when I give feedback, I never hear back from many of them.

But I know that I am not here to be liked.

I remember the biggest growth phases in my life happened when I let go of the denial and decided to listen to the advice which was uncomfortable.

It wasn’t easy, but it was long time before the truth slowly dawned on me.

Because the “Feel Good” advice doesn’t help anyone, the only things it can achieve is to give other person false sense that everything is alright but it stifles their growth in the long run.

Geeta was first wrestler from India to win Gold medal in commonwealth games in 2010 and then have a look at how many gold medals India won after that. 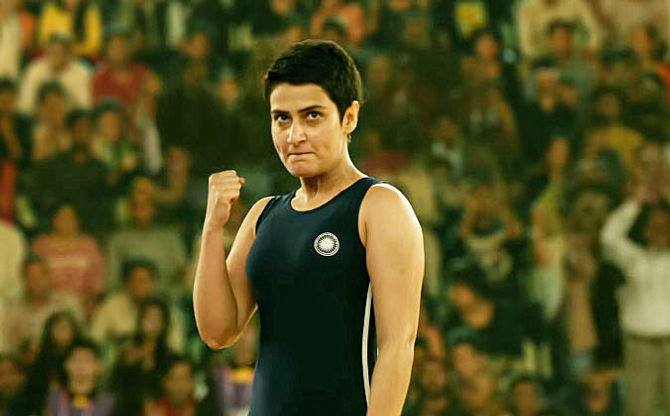 We consciously and subconsciously create our own barriers. Some are real, however many are self imposed.

What’s self imposed barrier ?
I am not from IIT/NIT/BITs , how can I convert any B-school call ?
I am not fluent in English, unless you are fluent, you can’t crack the Interview
I am not just good enough to get into (insert B-school name)

Then everything seems so difficult, you get sucked into the quagmire of your self imposed beliefs, getting out of it requires re-arranging some furniture in your head.

Many a times, the challenge for me is to convince them that they have what it takes to crack Interview…many of their pre-conceived notions are just figment of their imagination or a conditioned beliefs

But nobody easily admits that interview is also a mental game.

So once you break those self imposed barriers, unshackle the chains holding you back, you step in your A-Game.

If you remember, Roger Banister who broke the record of running 100 m in 10 sec the first time when everyone else thought it was impossible and the year following that, many more broke the same record.

You have the opportunity to set that first record..create example for others and if that’s not possible for you..take inspiration from someone to set another example.

Last year, I get a call from someone just 10-12 days before SP-Jain Interview, he received SP-Jain call with no work experience and just 86%ile…

In most cases, if someone receives such interview call, he has already lost the battle it in his mind. That’s the the baggage you are carrying which tells you that it’s a lost cause…

But because his mind was not muddled with that baggage and he never thought it was impossible, he did it convert the call…

Again, I am not saying it’s possible for everyone but at least you can make full use of the opportunity presented in front of you.

5. CHAMPIONS ARE NOT MADE IN A SINGLE DAY (Patience is the key)

Your patience is tested at various times. it is uncomfortable period, but if you choose to embrace it, follow the process, you are going to get there, sooner or later….

You have to invest in yourself, your skills…which will finally pay off in the end…but you don’t know when.

“Everything will be okay in the end. If it’s not okay, it’s not the end.”John Lenon

As much as true I think it’s, you will find a way to make things happen.

When you face the failure, it’s very tough time, irrespective of what everyone else tells you…it’s freaking tough…no amount of motivation, inspiration can make it less palpable…it can numb you for a while or can give you temporary hope/relief but eventually you have to deal with it.

When Geeta starts facing defeats in her international matches….it was a moment of shame, embarrassment, disgrace for her… but this is part of the process, sometimes quite essential.

But don’t throw in towel. It’s darkest before the dawn.

There were times, when I had faced major failures (not just CAT & Interview), when that happens, your so called “Close Friends/Relatives/Well Wishers” suddenly vanish. They are just not there. You have to face it alone.

I remember the times, when I used to come home and burst into tears and ask this question to myself several times…

Why it’s happening to me ? What’s wrong with me ? Why things always have to go wrong ?

Sometimes just thinking of those failure make me sick to my stomach…I remember those moments.

During your struggle phase, you have 2 options
Either Quit (and blame everyone, just like those who blame institutes and classes every time for their failure)

Or Hang in there, continue to work on your skills, knowledge, seek out answers…face the uncomfortable, get out of denial.

If you wish to take your GD WAT PI preparation to the next level, check out GD WAT PI Revolution